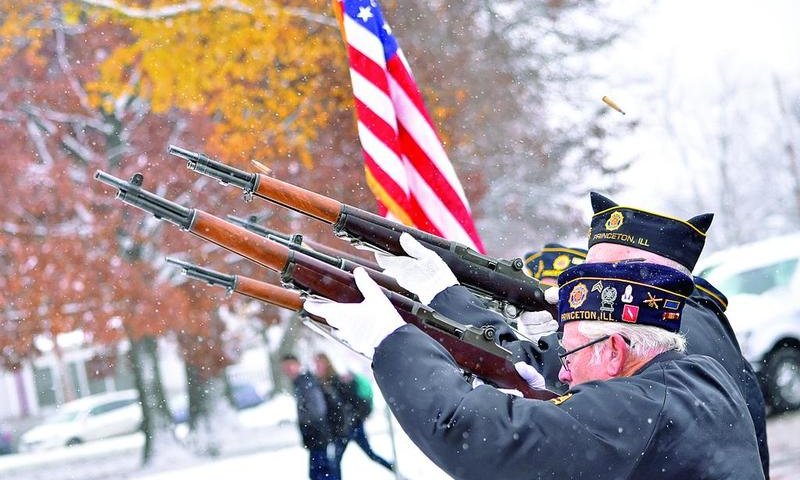 Princeton High School honored local veterans with a snowy, morning salute on Friday at the school. The day began with a breakfast in the cafeteria followed by a flag raising, the singing of the national anthem, and a rifle salute. Local members of the American Legion and the Veterans of Foreign Wars posts participated in the ceremonies, along with active duty military. The event was attended by several students, faculty members and veterans both young and old. Sunday, Nov. 11, at 11 a.m. marks the 100th anniversary of the end of World War I. First known as Armistice Day, it was a commemoration of those who had fallen during what was hoped to be “the war to end all wars.” In 1954, it was renamed Veterans Day and is now a day to honor the service of all veterans.